Honeycomb: a gift from nature

Getting honey from the honeycomb has many advantages. The first has an economic nature: with single-portion trays, waste is important. The second is ecological: with the honeycomb less plastic is produced and the pollution is contained. The third, fundamental, is the added value deriving from the evocative power of the image. On this image that refers to nature we decided to invest strongly, embedding the honeycomb in a wooden armor, a real home that recalls the idea of the bees and their laborious production.

Honey is an exceptional food. Nutritious and very good. It is the result of one of the most mysterious and evocative works known in nature. It is a key ingredient of many preparations, and is widely consumed to embellish simple foods. For breakfast, precisely on bread, as a filling of brioche, pancakes, waffles. Its use in the breakfast buffet is increasingly widespread. Until recently, honey was offered in single-dose tanks, but recently a new way of offering it to the guests is gaining ground. No more plastic, no more films to lift, honey is collected directly from the honeycomb. 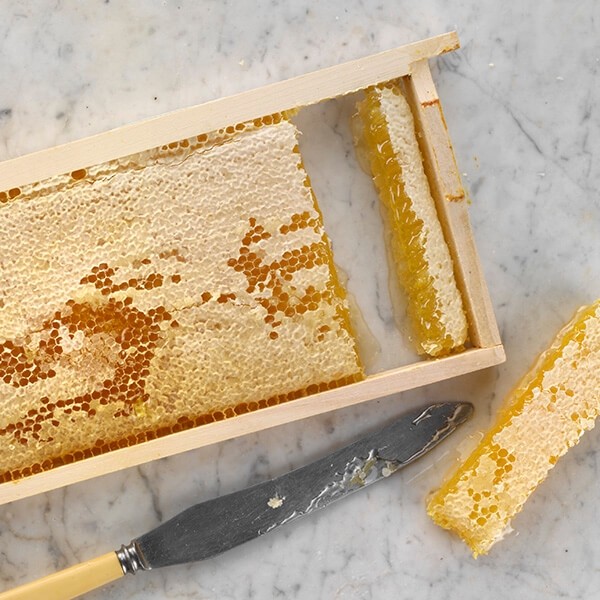